By the One, toward the One, being the One

Some remarks on the Neoplatonic One, in connection with a book review of mine:
George Lekkas, Plotinus. Towards an ontology of mode, Editions Papazisi, Athens 2009, 134 pp.in Critica - A Greek Online Journal of Philosophical Reviews (in Greek)
This is a corpus of studies, which cast new light on the interpretation of Enneads, striving to reveal the relations, the Neoplatonic hypostases develop in their articulation. Particularly focusing on the mode itself as exegetical tool, examines the mode of existence or the existence of the mode. This is an original approach, introducing the existential factor of relation, of which the inherent indeterminacy is combined with the metaphysical potentiality.

Emanation
According to Neoplatonism the whole universe, in its material and metaphysical aspects, is a product of the first hypostasis, the One. Through the process of emanation, the hierarchy of hypostases, One-Intelligence-Soul, ends at the non being of the region of matter. The intelligibles, being inside the hypostasis of Intelligence, form and embellish everything exists under them, of which nothing is considered without having a part of it inside the third hypostasis, the Soul. Human bodies, as being material, are also inside the hypostasis of Soul, by their individual souls. The river of creative and generative power of One flows into the dark region of non being, watering it. Everything is under the influence of this immense power, including matter, which is only a privation of good.
The kind of relations between the hypostases guarantees the overflowing of power. Nothing exists for itself; even the Intelligence and the Soul need the dependence on the first hypostasis, the One, as they need themselves. Since the first hypostasis stands beyond everything, beyond being, this means that nothing owes its existence to the existence itself.

Return
But the opposite course of ascend through the hypostases is to be accomplished, which comes right after every ensouled being realizes its destiny and of what is made of.
The mode of Soul’s existence gives rise to the question: of what special and general characteristics is that mode, since there is always in relation to itself and to the other? The answer is that the mode of psychic existence tends always to become intelligible, in order to find something it hasn’t. If the mode of the ensouled being presupposes the way of being intelligible, then what means to be intelligible? The answer to this, brings to mind that the higher destination of Intelligence is to cease being in itself. The only way the Intelligence has of not being in itself, is to succeed the complete unification with the One. Oness for some people looks very simple, and in reality it is as simple as it is the simplicity itself (πάντῃ ἁπλοῦν).
In fact the Soul and the Intelligence are related to the One by various ways, but always the ascending course for approaching the higher level of hypostases, is a return to the source of being, life and reason. Nevertheless, the extremely unapproachable nature and knowledge of the One make It a resident of beyond being. In final analysis the One isn’t related to anything; they are not humans those who find It, bud godlike and blessed men.

Rest
The mode of being hasn't only a single meaning. But when we come at the One, there is no meaning other than being One, as we exist as nothing and everything, as no one and as all. This ambiguity characterizes the absolute hypostasis not due to the lack of being, but due to the superabundance of being; its ambiguity is not common: it is a fundamental ambiguity. In reverse, if any kind of certainty exists, this is to be found where no one can really look: at the One Itself. The contradictions and the apophatic language is only our insufficient way to understand what the mystical union would be, when someone experiences it. In reality it is an inexpressible situation.
By determining and generating the Being, the One resides at the same time at the heart of everything, as the absolute otherness to Being and the complete identity to Itself. If the One tries only a little to make everything similar to It, this is not why it doesn't care, but because everything and everybody must earn the kind of freedom which exists inside It. In any case, the name Absolute (ἀπολλελυμένον), which fits for the One, means "the free", "the without bond". The final rest inside One is an achievement of freedom, because by coming to this abode means to leave everything behind. The experience of mystical union (Unio Mystica), the ecstasy, is accomplished in this world and life as a flight to our real fatherland that is God or Good or One.
The existence of the One everywhere, doesn't mean that Its absence isn't felt sometimes somewhere. If the One is the biggest attraction for everything, this is because everything yearns for unity, beauty and goodness. The union with the One becomes the most secret and valuable hope for mankind, having take through the course of history various forms, in every field of activity. In reality, nature and history cannot be considered and viewed otherwise, without being connected with what constantly makes them coherent, including any particularity and totality may constitute. 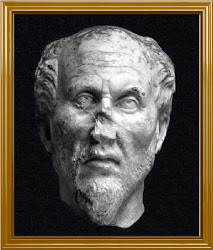